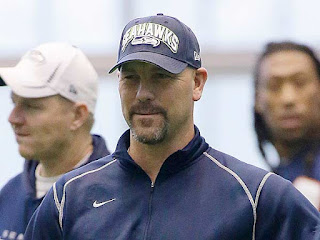 Jon Gruden is on the hunt to fix his defense after the debacle that was the 2020 Las Vegas Raiders defense. Raiders fired Defensive Coordinator Paul Guenther in week 14 after another embarrassing performance on defense Jon Gruden looked for someone to blame and pointed at his best friend Paul Guenther. The Raiders only had 3 more games to play so the timing was odd but Gruden then tapped his other buddy Rod Marinelli  to move from Defensive line coach to Coordinator. Marinelli came into 2020 replacing Brenston Buckner, a players favorite and maybe the most talented coach on Raiders 2019 defense Buckner coached rookie Maxx Crosby who shined with 10 sacks, even veteran Benson Mayowa got 7 sacks. In 2019 Raiders defense was by no means great but they were far better at getting after the QB. Raiders in 2019 managed to get 32 sacks which was not good enough for head coach Jon Gruden. The plan to bring in Marinelli and replace Buckner backfired as Raiders pass rush regressed in 2020 as Raiders managed only 21 sacks. Once again though this decision falls on Jon Gruden for hiring his friends instead of best coaches available. Now after a historic bad defense and bunch of highly paid bust free agents Raiders picked up in the off season including players Marinelli liked in his time with Dallas Cowboys never panned out the Raiders must find someone who can fix this defense. Raiders spent a lot of money on guys like Maliek Collins and Carl Nassib both stole a check and did nothing to create any pressure. Raiders seem they are stuck with some of these players due to high contracts so someone must be able to come in and get the best out of big money players like a Carl Nassib if Raiders keep him around which due to getting $13.25 Million guaranteed at his signing which included his 2021 roster bonus it wouldn't make sense to cut him. Raiders would throw away $5.75 Million dollars at least.  Luckily for Raiders they can let Maliek Collins walk since he only signed a 1 year deal. Raiders don't have that luxury with other big free agent bust like Corey Littleton who already got 22 Million guaranteed at his signing, which included his 2021 salary and roster bonus which equals   $6,054,000. So now it's time for GM Mike Mayock to step in, or at least try to raise his voice if Gruden just wants to hire another friend. Jon Gruden is friends with a lot of coaches around the leauge so chances are Gruden will have a relationship with the next DC but it must be someone who can relate and teach these young players basic fundamentals including tackling and covering and finally provide a pass rush. So who is on the Raiders radar?

So far Raiders have spoken to Gus Bradley who previously was the DC of the LA Chargers. Bradley didn't have his best season with Chargers but he is a name that lot's of teams are looking at. Also Raiders have interviewed Kris Richard. Jon Gruden loved the Pete Carroll Seattle Seahawks defense with the "Legion of Boom" and Richard was a huge part of that as the secondary coach.  It's no secret Raiders need someone to fix the secondary and perhaps Richard is the right guy to do just that. Richard took the 2020 season off because he only wanted a defensive coordinator job, as he feels he is prepared to lead an NFL defense.  This might be someone who GM Mike Mayock could push for as Richard is young and can connect with players, he's also not a recycled defensive coordinator that jumps from team to team. Not to mention Richard played for the Oakland Raiders in 2007.  There are other people Raiders would like to speak to like Joe Barry who is currently the Linebackers coach for LA Rams, plus keep in mind Joe Barry is the son-in-law of law of guess who? Rod Marinelli, who seems like might be staying to coach D Line once again.  Las Vegas Raiders are expected to hire a new defensive coordinator by the end of next week. The question is, do they already know who they want? If so then it will come down to money and if Raiders can afford or want to afford that coach. Other coaches Raiders are interested in are Raheem Morris and Dan Quinn, who could be an expensive hire.There is at least 1 wildcard coach that nobody knows about as always. One thing we do know is Jon Gruden wants whoever gets the gig to run a 4-3 defense. Bradley, Richard, Morris, Quinn would all be good hires for the Las Vegas Raiders but Joe Barry seems a bit dangerous hire at DC and one that could happen all because Jon Gruden putting relationships before the team needs which has done nothing but hurt the team already. So here's to hoping someone qualified and most of all someone who can get the most out of these young players get selected and accept the job.