LAS VEGAS RAIDERS FREE AGENCY: Thumbs up or down? 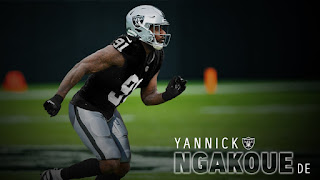 Raiders made several moves this offseason. Mostly on defense which was most important. Although they have yet to bring in a true Free Safety perhaps they draft one who's ready to play instantly or they simply try out Karl Joseph who Raiders have brought back just a week ago but I doubt that's the plan, let's just hope Jeff Heath is not the plan..Raiders will end up drafting a Free Safety or signing a vet after draft more than likely.  . Head coach Jon Gruden really liked Karl Joseph just 2 seasons ago but injuries started to pile up and was inactive in games in his last stint so Raiders let him walk. Joseph went to Browns where he never found his footing. Now he's back with the team that drafted him after just 1 year. Karl Joseph will be able to continue to work with the young Jonathan Abram,  who talks a lot, sometimes too much on the field and it comes back to haunt him and then he just looks silly (See 2020 Patriots game) nobody is more aware of this then Jon Gruden who does like Abram but the shit talking is a little too much considering Abram has only played 1 season in the NFL due to getting injured his rookie year and last season with a full year often got exposed in the pass game and in the run game. Gruden is hoping one day Abram can talk the talk but no time to waste on that to happen so he brought back a guy who he knows is a solid tackler in Joseph.  That was just the latest signing though. So lets go through most of the Free Agent signings and rate them with a thumbs up or down! By the way, Joseph is better than Abram so that's a Thumbs Up for me.

First of is the biggest one: Yannick Ngakoue, DE.

Jon Gruden wanted pass rush, he traded Khalil Mack to rebuild this team which was one of the best trades in Raiders history. They didn't have to pay just one guy all the money when that was never working in the first place. I often tell people, look at JJ Watt and the Houston Texans. The guy was the best DE in the NFL but he was one player, where did all that money Texans paid Watt few years ago get them? No Superbowls. Not even close to one. Here at THE RAIDERS DAILY It's all about WINNING. Mack is gone and Chicago Bears paid him the farm yet no Superbowl ring. They will likely be trading Khalil Mack as soon as next season. Raiders did need pass rush though as they were the worst in the NFL at getting after the QB. Raiders ended up getting a dominate DE (who they almost got last offseason during draft) in Yannick Ngakoue. The "snarky" Bay Area reporters now can stop tweeting Khalil Macks name every day, especially "Josh" from The AP. We get it dude, you are mad Raiders left Oakland, you want the team to fail, stop pretending you know football because you can look up stats on Google. Now back to Yannick, this team really needed someone to step in and be that nasty asshole and get these young guys in line.  Nobody ever claimed Ngakoue is a nice person and that's exactly what this terrible defense needed. Raiders drafted a DE just two seasons ago in Clenin Ferrell but it was obvious first day in pads the guy was never going to be dominate pass rusher and Raiders made a huge mistake drafting Ferrell 4th overall in 2019. Ferrel though will get some chances to play outside this season but it has yet to be seen if he can play outside. It looks like Raiders simply picked up an average DT with the 4th overall pick but nobody wants to say this publicly, Raiders have gone so far they have reporters for the team (also on the payroll) tweeting that Ferrell was a great choice, meanwhile Devin White was right there and was an real need for the team. So now with Yannick he at least puts some fear into opponents, he can do it all and Raiders ended up getting him for a great price. If he can stay out of trouble and keep production up Raiders got a steal.

Raiders lost Nelson Agholor in free agency to New England who broke the bank for the Alligator. So everyone knew even with Agholor Jon Gruden wouldn't be able to resist picking up WR's in free agency. He didn't let people down with that as Raiders signed former Buffalo WR Josh Brown. There are questions about Josh Brown injury history that Raiders must watch. Brown was great in 2019, with 72 receptions and 1,060 yards Brown was Bills number 1 WR but then last season the injuries came and Brown only played 9 games and his play declined. He was not good in 2020, he was also injured. Raiders paid $3.75 million and could be worth up to $5.5 million if incentives are met. Raiders are hoping they have to pay those incentives but I still think Raiders may of overpaid for Brown who is 30 years old now. He is coming off a terrible season, he has lingering injuries. My guess is Raiders could have signed him for around 1.5-2 Million dollars. If he plays like he did 2 seasons ago it's a steal but with his play last year he looks like he might be turning the wrong side of 30 in the NFL.

I already know from Twitter that most reporters think Raiders were stupid to sign Drake due to the money they are paying him. I will admit it's a lot of money,  Kenyan Drake signed a 2 year, $11,000,000 contract with the Raiders. Drake though is only 27 years old and he's also a guy that can do pretty much everything. Running, catching and even some blocking which I'm sure O Line coach Tom Cable will make him even better at that. Yes, Raiders overpaid but almost every team overpays in free agency. In a year where we seen Josh Jacobs take a step back and Jalen Richard has no vision, I'm all for this signing. One reason is because I don't think we have seen the best of Kenyan Drake. Plus people forget that Drake ran for almost 1000 yards last season (955) in 15 games, in 2019 Drake ran for 817 yards in 14 games. He's only been getting better the last couple of years so this is the time you do go and sign him. My only concern about Drake is his fumbling. Last season he had 3 fumbles, since coming into NFL in 2016 he's had 10 total fumbles. Jon Gruden does not believe teams who have used Drake previously really used him to his potential and he's probably right. Drake played for lousy Dolphins teams and Arizona. Drake can be that duel threat that Raiders wish Richard could be.  I think Drake has a monster year and if he does then he deserves every penny, especially since Raiders struggle in the redzone.

Yes, please refer to Quinton Jefferson as "Q" that's what he likes to be called. Anyways lets tackle 2 free agent D Linemen Raiders brought in at once. Both guys are gambles. . Raiders might of overspent on both as Thomas signed a 1 year, $3,250,000 which Raiders gave most of that upfront, Thomas is getting $2,740,000 guaranteed and Jefferson signed a 1 year, $3,250,000 contract  with 2 Million of it guaranteed.  Raiders think both guys have potential to do more in the NFL and both might be ready to reach their peak. Raiders are banking that these guys are better than what they previously have had, especially last season. I can tell you 100%  that is true. Lot's of fans didn't know what to think about these 2 signings but Gus Bradley likes something about these guys. Keep in mind Thomas was a former 3rd overall pick. So right there that's intriguing. He has yet to live up to the hype so what Raiders did is what they did with The "Alligator" last season. They are giving both these guys a 1 year prove it deals. Perhaps this is exactly what these two need. They know if they fail than so does the hopes of playing in NFL more than likely ever again.  The stats are not impressive at all. Thomas has 6 sacks since drafted in 2017 and "Q" has 11 since coming into NFL in 2016. No doubt it's a gamble, it could work out well for Raiders and both do show the world they can play at a high level, but until that time comes I believe Raiders overspent.

Willie Snead has had a roller coaster of a career of up and downs. He was great his first year in 2015 he had 984 receiving yards and 2016 Snead recorded 895 yards then in 2017 he got injured and had a low year only playing 11 games, he did rebound a bit in 2018 when he caught 62 passes for 651 yards, his snaps did go down in 2019 and 2020 but he never manged more than 500 yards receiving in each of those years. Question is for Raiders is Snead at the end of his career? We all like to give Derek Carr shit sometimes but one thing that is true about Raiders QB is he makes these Vet WR's look great and maybe this is exactly what Snead needs at this time of his career. Remember a lot of people thought Crabtree was finished when he joined the Raiders and he turned that narrative around real quick having amazing season. Snead cost next to nothing, there is no promises he makes the final roster making just $1,127,500 for 1 year. Gruden loves vet WR's and so does Carr. I think Snead could have a strong year in Grudens system. He won't be the #1 WR on depth chart to start the season (if he makes it) but he is giving the chance on a 1 year prove it deal, last time Gruden gave that chance to a WR the guy got overpaid in New England. So I like this risk.

Unknown said…
The King Casino | Ventureberg
Discover ventureberg.com/ the rise and fall of aprcasino the king casino, one https://jancasino.com/review/merit-casino/ of the world's gri-go.com largest The Casino is operated 바카라 by the King Casino Group. You can
March 31, 2022 at 1:11 AM